Skip to Main Content
It looks like you're using Internet Explorer 11 or older. This website works best with modern browsers such as the latest versions of Chrome, Firefox, Safari, and Edge. If you continue with this browser, you may see unexpected results.

This guide is for Siena College students.

In the 17th-century the North American colonies enjoyed neither the wealth nor the leisure to cultivate the fine arts extensively. Colonial artisans working in pewter, silver, glass, or textiles closely followed European models. The 17th-century limners, generally unknown by name, turned out naive but often charming portraits in the Elizabethan style, the Dutch baroque style, or the English baroque court style, depending upon the European background of both artist and patron. Read more... 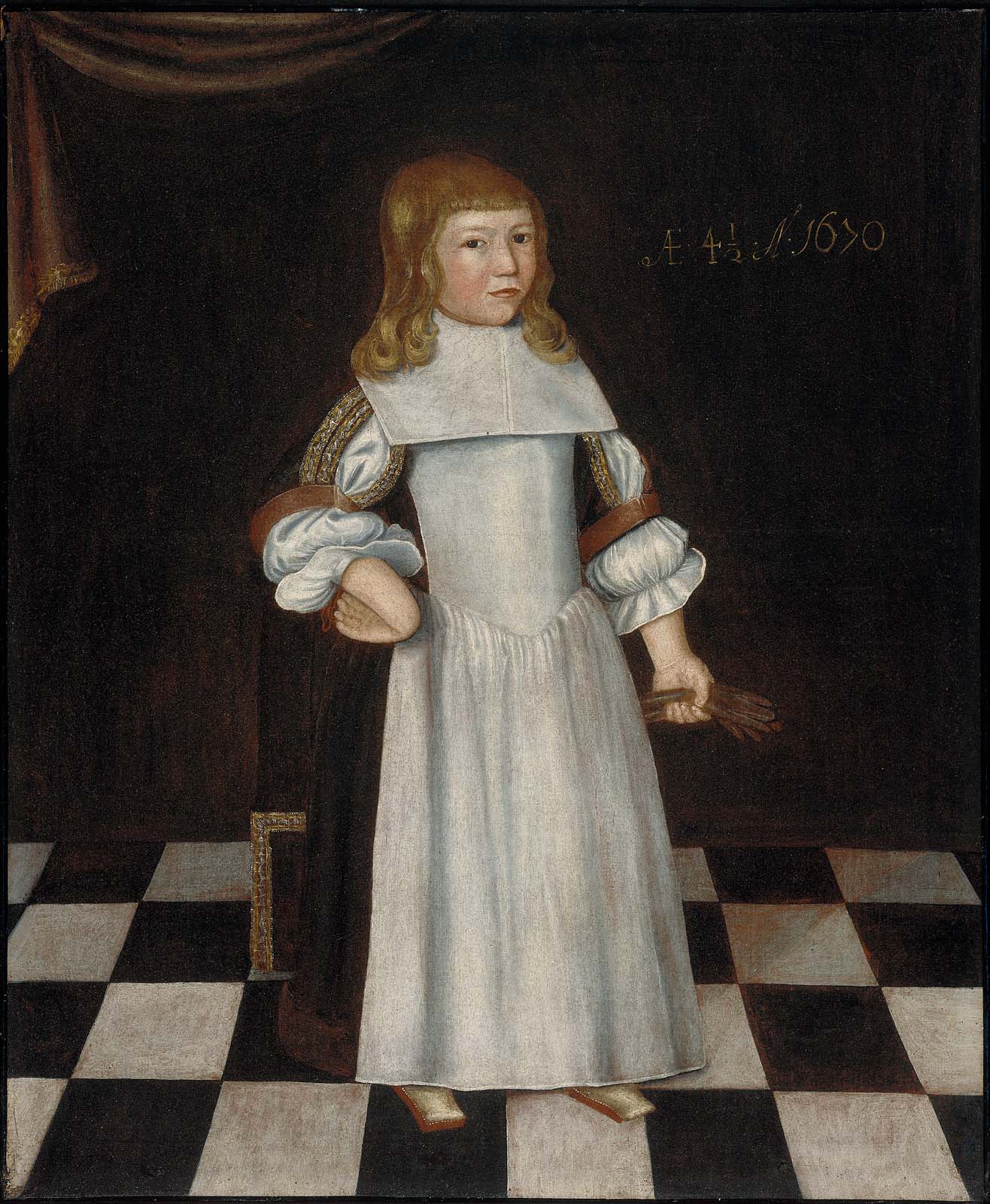 Not long after Boston was settled, a wealthy merchant named Robert Gibbs commissioned three paintings of his young children. They are among the finest of the few extant portraits made in New England in the seventeenth century. The artist who painted Margaret Gibbs, the eldest at seven, and her brothers—Robert, aged four and a half, and Henry, aged one and a half (Clay Center for the Arts and Sciences, Charleston, West Virginia)—is unknown. However, it is thought that the same artist created likenesses of John and Elizabeth Freake and their baby Mary (in two portraits now at the Worcester Art Museum, Massachusetts) in 1674. The artist is thus known as the Freake-Gibbs painter and is considered one of the most skilled portraitists of the seventeenth-century colonies, possessing an exceptional sense of design and an admirable feel for color. Probably trained in provincial England, the Freake-Gibbs painter worked in a flat style derived from Elizabethan art, which emphasized color and pattern. As was customary for portraits at the time, the children appear like adults in pose and manner. 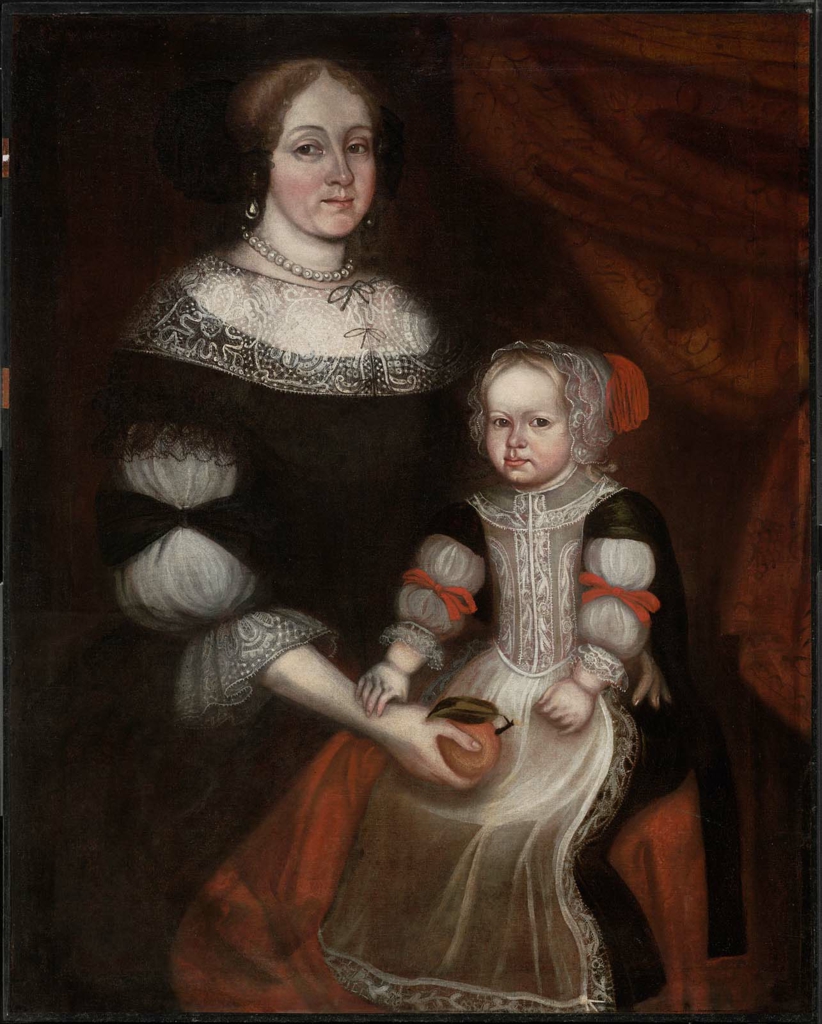 Among the earliest depictions of a mother and child surviving from colonial New England, Mrs. Richard Patteshall (Martha Woody) and Child illustrates the influence of Dutch and Flemish painting on portraits executed in Boston during the last quarter of the seventeenth century. Consistent with those European standards of realism, the figures of Mrs. Patteshall and her young daughter suggest the illusion of bulk and depth and the integration of parts. This approach differs radically from the Elizabethan focus on surface patterns, texture, and detail seen in the portraits of Margaret and Robert Gibbs by the Freake-Gibbs painter.