What is a Fairy Tale?

What is a Fairy Tale?

It is generally acknowledged that fairy tales developed from both oral and literary storytelling traditions.  Some people use “fairy tale” and “folk tale” interchangeably. Others consider “folk tale” an umbrella term which includes various sub-genres such as legends, fables, and fairy tales.  And other folks, well, they know one when they hear or read it.  Most scholars admit “fairy tale” is difficult to define.  And there is also the question of why many think of fairy tales as a children's genre. Jack Zipes, the most eminent of fairy tale scholars, makes the following statement in his introduction to Spells of Enchantment: The Wondrous Fairy Tales of Western Culture (Viking, 1991):

"Though it is difficult to determine when the first literary fairy tale was conceived, and also extremely difficult to define exactly what a fairy tale is, we do know that oral folk tales, which contain wondrous and marvelous elements, have existed for thousands of years and were told largely by adults for adults."

Zipes, as well as other scholars and readers, acknowledges that most fairy tales include a bit (or more than a bit) of magic and enchantment.  Think about Jack's magic beans, the Evil queen's magic mirror, Pinocchio's transformation, Cinderella's fairy godmother, and all of The Wizard of Oz. 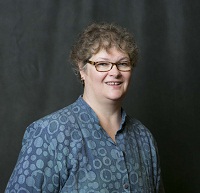 And now for something different--for the business folks